#148a Betwix the Peanuts and Corn

The Iron Butt Rally (IBR) is only run once every other year. 2009 is one of those years. In full groupie form, I will go to Spartanburg to cheer the rally contestants on at the start of the 11 day endurance rally. But first, I will spend time on some back roads betwix the peanuts and corn.


After only 100 miles of freeway, I peeled off I95 and headed through the peanut fields of southeast Virginia. 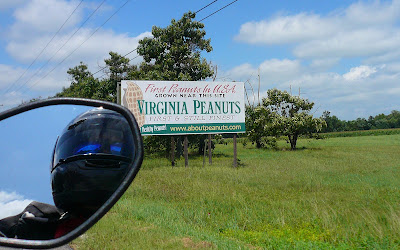 These fields have been growing peanuts since the 1840s. They were brought over from Africa by the people sold into slavery and planted all over the Southeast. Years ago they were known as groundnuts or ground peas and used for pig food. During the Civil War their use expanded when they became popular with the soldiers, both Union and Confederate. 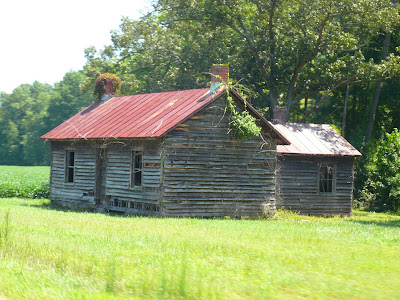 Fields that had been growing tobacco and cotton for years, started to be rotated with peanuts. 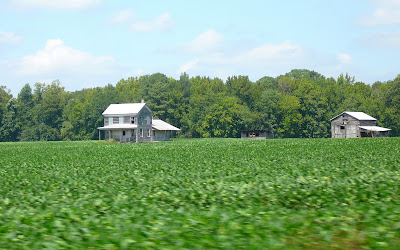 Riding betwix the peanuts and corn in Southampton County, Virginia. 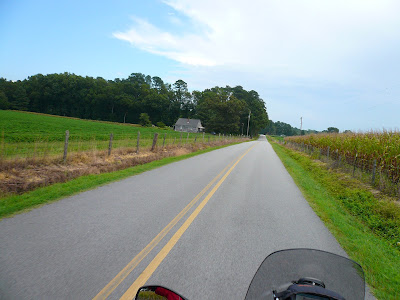 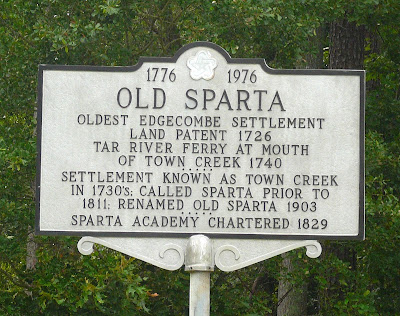 Taking a break behind an old church in Old Sparta, North Carolina. 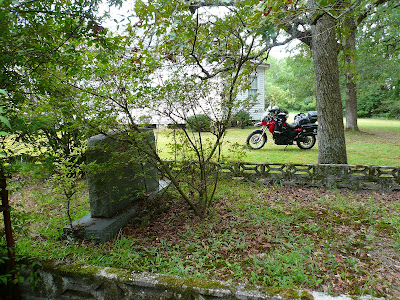 ﻿
Overnight at the Quality Inn of Sanford, North Carolina. It is always a plus to find a "drive-up" motel when it's time to stop for the night.
Stopping for a late lunch at Pete's.
Grand central for the IBR is the Marriott in Spartanburg, South Carolina. 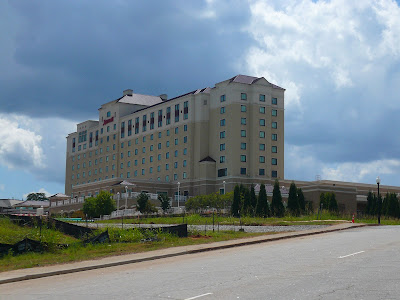 I pulled into the Marriott parking lot at 2:30pm. After checking in, I set out to see who I could find roaming around that I might know. I'll spend the next couple days here mingling with the Iron Butt Association (IBA) rider types.